When considering naturopathic supportive options for any health disorder, a basic understanding of naturopathic philosophy and principles must first be considered. Philosophy and belief is what separates naturopathic medicine from all other medical modalities. The profession defines itself based on a set of principles that outline the core beliefs, which can be found by any internet search for a naturopath. Most naturopaths will list these principles on their website, which were approved by the American Association of Naturopathic Physicians and presented as their House of Delegates position paper, which was last amended in 2011.

Webster’s dictionary defines principle as “a fundamental truth or proposition that serves as the foundation for a system of belief or behavior or for a chain of reasoning.” Naturopathic principles were founded on keen observation of how the body goes through a process to restore itself, which lead to the development of these principles. As scientific discovery advances, new findings mold the way practitioners think and practice medicine, which has led to a myriad of natural therapies and perspectives on the cause and how to cure disease.

There is essentially a scale of naturopathic therapies referred to as therapeutic order. This therapeutic order is based on the purity of the supportive treatment ranging from simple diet changes to drugs and surgery. The order would go something like this: diet and allergy avoidance-> homeopathy->food based vitamin supplements and herbs-> nutraceutical functional medicine supplements-> hormone therapy-> drugs affecting natural systems-> suppressive drugs and surgery. This hierarchy of therapeutics outlines the basis of therapy considered by a naturopathic physician when any disorder is presented. With this in mind, let’s consider pituitary disorders.
Most readers of this information are searching for answers to an issue with a gland in the brain that controls numerous functions within the body. The pituitary gland affects all the hormonal systems in the body either directly or indirectly. In turn the hormonal systems can affect and create nearly any physical or mental symptom that can be imagined, and thus both the broad scope of potential treatments and the frustrations of no direct answer can be seen. However, naturopathic medicine does offer a perspective of health and not just treatment of symptoms.

To further understand a naturopathic approach to pituitary disorders we must also consider another naturopathic concept, homeostasis and the total load theory. Natural medicine believes in the biological observation of homeostasis, that every cell is as healthy as it can be based on its given environment and that each cell adapts to that environment to the best of its ability to optimize functions and health. Additionally, naturopathic physicians consider there to be a threshold point where the stress on a cell exceeds the cell’s ability to maintain health and where disease begins. Another quantum physics way to consider this threshold point is where the cell consumes more energy than what it is able to produce.

Therefore a natural approach to pituitary disorders, or any disorder, is to first consider the “load”, both direct and indirect. This load is considered the “stress” on the body spiritually, mentally, and physically through diet and environment. After you address an individual’s potential load from their personal diet and lifestyle, a supportive approach is geared to optimize biochemical and restorative ability. A basic approach would include variations in diet, supplementation, and therapy to assist and stimulate the body to handle and overcome the load, allowing the homeostatic systems and self-restorative potential to occur. Due to the vast nature of possible symptoms associated with pituitary disorders, I will discuss only a few considerations for any pituitary disorder client to consider.

With the above “load” concept in consideration, most naturopathic physicians encourage a lifestyle of environmental protection with regards to pure air, food, water, and in today’s electronic age EMF’s (electromagnetic fields). Basically, it is encouraged to consider these environmental influences on one’s health and purchase air purifiers, water purifiers, organic whole foods, pesticide residue removing sprays, EMF protection devices, etc. as part of a healthy lifestyle to lower the general “load” on one’s body. Additionally, most naturopathic physicians will recommend some form of testing in attempts to identify specific burdens (ex. food sensitivities, nutritional deficiencies, environmental toxicity, etc.) that may help explain your personal symptom patterns. After these diet and lifestyle considerations are taken into account, more specific therapies may be considered.

When considering pituitary disorders, most naturopaths will include nutrients shown to support brain health. After analysis, supportive nutrients such as minerals, essential fatty acids, specific amino acids and activated vitamins such as B12, folic acid, or vitamin B6 may be considered, along with antioxidants or brain supportive nutrients like choline, phosphatidylserine, or the neuro-regenerative support of acetyl-l-carnitine. Additionally herbs that promote cerebral blood flow or antioxidant effects such as ginkgo or blueberry could be considered. Another more controversial supportive approach may include the use of glandular or homeopathic remedies.

The use of glandular tissue remedies is said to date back to the times of Hippocrates. The general notion was that consuming a glandular tissue from a cow or pig source provided specific nutrients or residual hormones from that tissue to feed and support the corresponding tissue in the human body. Although there is little research on this topic, I have witnessed positive responses with this approach in liver, adrenal, kidney, and pancreatic related issues. I personally have not provided such therapy in a client with a pituitary disorder, but there are available quality sources of pituitary glandulars, which consumption has little to no known risk. Usually an 8-12 week trial would be sufficient to observe for positive responses.

Homeopathic medicine has been around for over 200 years. First recognized by Samuel Hahnemann (1755-1843), a German physician, who observed what was called the law of similars and later termed homeopathy (“homoios” in Greek means similar, “pathos” means suffering). Basically homeopathy is a system of medicine where substances that cause a particular symptom are given in extremely diluted forms to stimulate the body to correct the symptom the undiluted form of that substance could cause. Homeopathy has seen rise and falls in popularity through the years, however there are multiple published studies and reported cures to various ailments with its use. When considering the numerous potential symptoms of a client with a pituitary disorder, a person specific, or constitutional remedy can be difficult to identify and may be best done by a certified homeopathic doctor. Keep in mind that homeopathic doctors are trained only in symptom presentation and remedy understanding, which differs greatly from naturopathic and traditional doctor medical training. This is why many naturopathic doctors use homeopathy in combination with biochemical and physiological support to both stimulate and support a curative response. Additionally, the use of homeopathic pituitary glandular dilutions are available to offer the homeopathic philosophy of “like cures like” from a glandular perspective. Due to the diluted nature of homeopathic remedies, as remedies greater than 12C or 30X dilutions theoretically would not have a measurable atom of the original substance, this energetic form of medicine has little to no risk associated with a therapeutic trial over 2-3 months.

In conclusion, the use of naturopathic medicine in pituitary disorders offers a broad array of potential therapeutic alternatives. The key to a successful outcome is a thorough analysis of potential causative factors specific to each client with appropriate supportive corrective measures. This mindset differs greatly from the belief of replacing drugs with natural substances for the treatment of disease and symptoms, but instead focuses on what determines health and how can I foster it. I can only encourage readers to consider naturopathic care and seek to understand both the complexity and simplicity of a lifestyle of health. 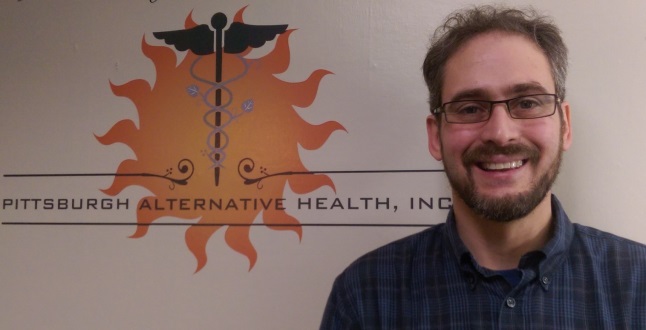 Darrell S.C.S. Misak ND, RPh is a Doctor of Naturopathic Medicine and Licensed Pharmacist and a father of five healthy children.

After receiving his Bachelor of Science degree in Pharmacy from West Virginia University in 1992, he gained 3-1/2 years of university hospital pharmacy experience at Duke University Medical Center.

During his hospital pharmacy experience, Dr. Misak’s primary focus was clinical rounding in Oncology and General Medicine. As he began to realize the pitfalls of traditional medicine and pharmacy, he started his continued search for truth in health, which directed him to naturopathic medicine. In 1996, he moved his family across the country to Portland, Oregon, where he received his Doctor of Naturopathic Medicine degree from the National College of Naturopathic Medicine. Additionally while in naturopathic medical school, he was blessed with the opportunity to gain compounding pharmacy experience at Lloyd Center Pharmacy.

Since moving to the Pittsburgh area, Dr. Misak has continued his search for truth in health with a goal to teach and change the world. He performs regular lectures and hosts a bimonthly radio program, “A Natural Connection,” where he teaches the concepts of bio-electric chemistry. His focus is on health analysis and how to support optimal energy formation that results in natural health restoration.

The Pituitary Patient Resource Guide Sixth Edition is now available! Be one of the first to have the most up-to-date information. The Pituitary Patient Resource Guide a one of a kind publication intended as an invaluable source of information not only for patients but also their families, physicians, and all health care providers. It contains information on symptoms, proper testing, how to get a diagnosis, and the treatment options that are available. It also includes Pituitary Network Association’s patient resource listings for expert medical care.

Crinetics Pharmaceuticals is a valued member of the Pituitary Association

Xeris has provided a generous grant to support the PNA's educational efforts.

Amryt is a valued member of the Pituitary Association

Recordati is a valued member of the Pituitary Association

If you are a nurse or medical professional, register for PNA CEU Membership and  earn CEU credits to learn about the symptoms, diagnosis and treatment options for patients with pituitary disorders. Help PNA reduce the time it takes for patients to get an accurate diagnosis.

Check out our new educational tools!

Our print quality brochures are now available for download.